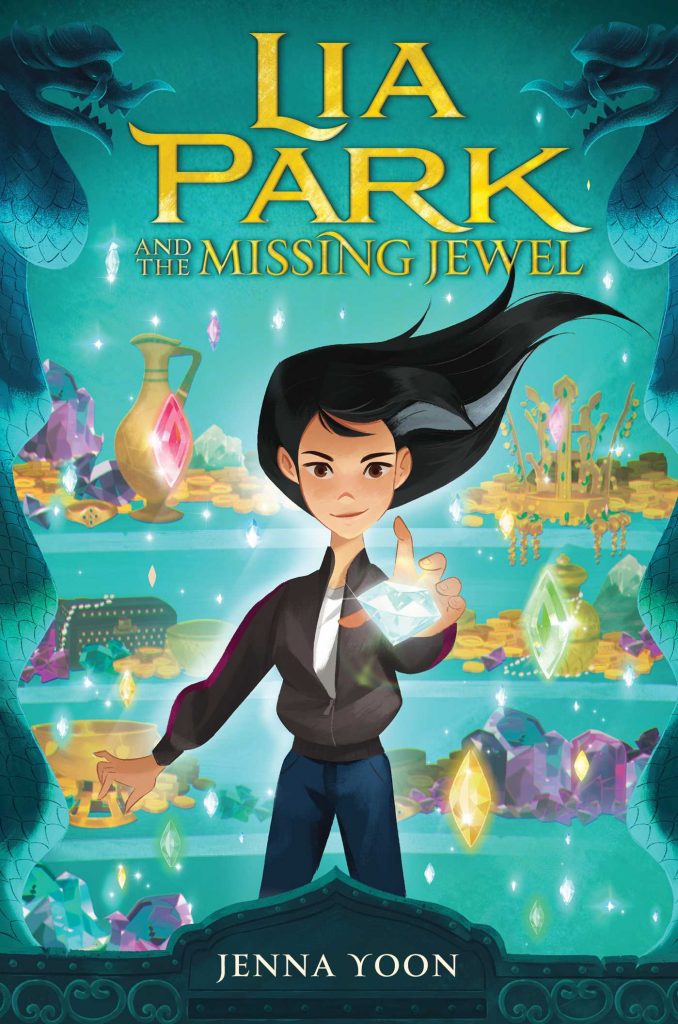 Perfect for fans of Storm Runner and the Aru Shah series, this thrilling middle grade fantasy follows a young girl who must venture to the undersea kingdom of the Dragon King in Korea to save her parents from an evil diviner spirit.

Twelve-year old Lia Park just wants to fit in. Her parents work with a mysterious organization that makes them ridiculously overprotective. Lia’s every move has been scrutinized since she was born, and she’d love to have the option of doing something exciting for once. So when she gets invited to the biggest birthday party of the year—and her parents say she can’t go—Lia sneaks out.

But her first act of rebellion not only breaks her parents’ rules, but also an ancient protection spell, allowing an evil diviner spirit to kidnap and ransom her parents for a powerful jewel that her family has guarded for years. With just the clothes on her back and some very rusty magical skills, Lia finds herself chasing mysterious clues that take her to her grandmother’s home in Korea.

From there, she has to make their way to the undersea kingdom of the Dragon King, the only person who knows where the powerful jewel might be. Along with her friend, Joon, Lia must dig deep and find courage to stand up for those who are weak—and become the hero her parents need.